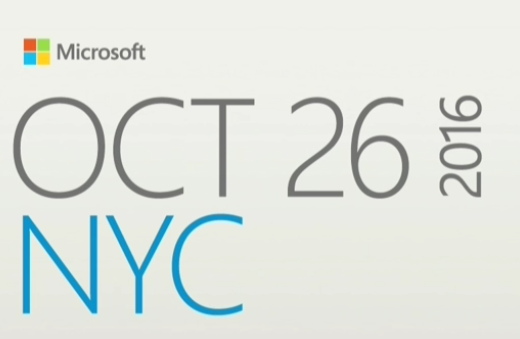 Yesterday, Microsoft’s event in New York City was packed with news and went all under the spotlights of all the major media outlets. The focus of the event was mostly on creativity, and based on what we saw, it looks like Microsoft has put its highlights on the new tools for three-dimensional creation.

Microsoft’s Windows 10 Creator Edition is about to be released for testing to the Insiders this week and this time, Microsoft’s team wants to provide us with all the cool tools that can enable us to create anything we desire. It’s true that 2D creation isn’t something new, but when it comes to 3D, the choice for the right tools isn’t that easy. And while 3D animation and scans require some specialized and complex software, hardware and skills,  Windows 10 Creator Edition is going to make a big step towards making 3D content creation easily available.

However, apart from the three-dimensional tools announcements, there is another very interesting tool that seems it didn’t get enough of the attention on yesterday’s event – the Groove Music Maker app. This new tool that may make the work of musicians way easier was presented only for a few brief seconds in the trailer of the Windows 10 Creator Edition. What it indicates, however, is that Microsoft is planning to try its hand with some music creation software. 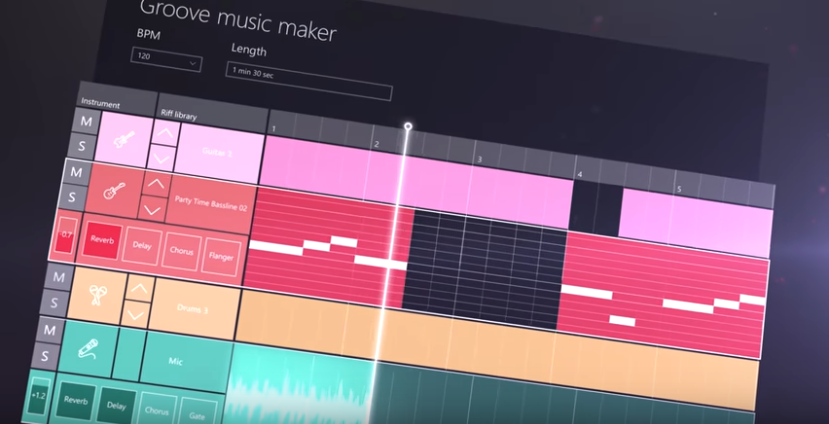 Presently, one of the most popular apps for music creation is the GarageBand app, which is available exclusively to Apple’s Mac computers. This is a powerful digital audio workstation, which enjoys a lot of interest, and until now Microsoft has not come up with competing software, but that may change soon.

The Groove Music Maker app may be that competitor. From what is visible in the short clips, this app comes with  features, such as track layering, audio sampling, BPM controls and even microphone recording. And even though it is hard to judge only by the brief trailer, it does seem quite simple to work with, compared to GarageBand or even other music creation software such as Audacity. However, this is just a glimpse of its functionalities and we will probably need to wait a bit more until Microsoft decides to demonstrate its full capabilities on stage.

When this is expected to happen for now remains completely unknown, but the short peek that Microsoft gave at the Groove Music Maker app at the NYC event is probably an indication of what the company is cooking up and we will hopefully see it soon in one of the next big announcements.

Visual Studio 15 Release Date – (what we know so far)