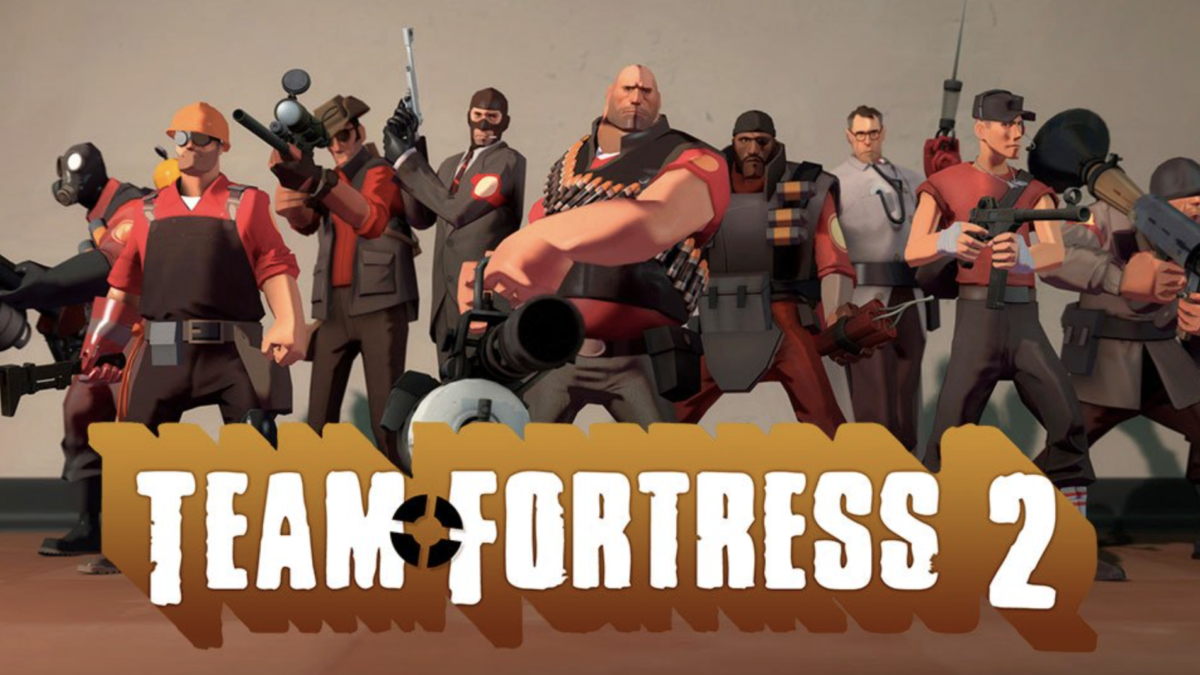 Before there was Valorant, Overwatch, or Tom Clancy’s Rainbow Six, there was Team Fortress 2 – a standalone game that serves as a sequel to the popular Team Fortress Classic mode for Half-Life 1. Team Fortress 2 was developed and released by Valve all the way back in 2007, marking the rise of popularity in the hero-shooter gaming genre. It is an immensely important and influential game that has served as inspiration for many titles that have come after it. What’s interesting, however, is that Team Fortress 2 isn’t simply some relic of a game from 15 years ago that has gone down in history as a highly popular but now forgotten title. Instead, it is, to this day, one of the most popular online games and, in fact, last year it broke its record for the largest number of concurrent online players, hitting a number of 151,253. This only comes to show that, not only is Team Fortress 2 still highly popular, but also it doesn’t seem to be slowing down whatsoever.

But what makes Team Fortress such a beloved game played by millions of people 15 years after its release and is it worth getting into it now, in 2022? Here are our thoughts.

Not only is Team Fortress 2 free to play, but there are also tons of online materials, such as detailed YouTube guides and articles on different sites to help players of all skill levels improve how good they are at the game. If you are willing to learn and improve, all the resources you may need are out there, waiting for you.

Easy to learn, hard to master

Team Fortress 2 offers 9 different hero classes, each with its own weapons, skills, gameplay style, and personality. At first, this may seem a bit overwhelming to someone who hasn’t played a hero-shooter before, yet it won’t tackle long before you figure out what each class is good at and what its in-game role is supposed to be. In that regard, it’s not too difficult to get down the basics of the game. However, mastering even a single class is a different story. It takes hours upon hours of focused effort to get decent at playing as a given class, but once you do, the satisfaction of playing that class is immense: nothing like getting those perfect Spy backstabs or managing to keep your entire team patched up while playing as the Medic.

This ties back to the previous point we’ve made – the game is beautifully balanced in spite of its variety of game styles determined by the different character classes. Every class has its strengths and weaknesses and is good in different situations, which is why team play and knowing well the class you are playing as is very important to being successful in Team Fortress 2. Obviously, there are instances where certain characters may feel under or overpowered, but, for a game that is 15 years old and hasn’t had a major update for the last 5 years, we’d say Team Fortress 2 is mostly well-balanced.

Additionally, the game comes with a number of game mods, each offering a different type of challenge to both teams – there’s Capture the Flag, Control Point, Competitive, Arena, and many more. Some of them are more popular than others, but the variety helps keep the game fresh and engaging.

In our opinion, the main highlight of Team Fortress 2 is its unique style – its memorable characters and their snarky, yet comedic taunts and other interactions lend the game a zing that keeps the entire atmosphere lively and playful. The characters (classes) themselves are especially colorful, each with its own quirks, personalities, and antics that perfectly reflect the specific playstyle of that class. This makes you immerse yourself within the class you are playing as and really “become” them, rather than just play as them.

From a more technical viewpoint, although Team Fortress 2 is, for all intents and purposes, an old game, its cartoony art style and graphics make the game visually timeless. Even if you load Team Fortress 2 for the first time now, in 2022, it won’t seem like an aged game with outdated graphics, but would instead feel as fresh as it did all the way back in 2007, which is yet another reason why, all those years later, it’s still one of the top multiplayer shooters.

Last but not least, we should say a couple of words about the game’s community. Competitive online games are often known to have very unfriendly and inhospitable communities, and while, at first glance, a newer player may say the same about Team Fortress 2, once you get into the game, you soon start to realize that the Team Fortress 2 community is much more wholesome and friendly than what one might expect. Of course, there are always the bad community members, do not expect to not encounter them, but, overall, the community of this game is leagues above most other multiplayer game communities.

Can you play Team Fortress 2 on Android?

Team Fortress 2 may only be available for desktop computers and laptops and for gaming consoles, but this doesn’t mean that it is not possible to play it from an Android smartphone or tablet. However, to do that, you’d need to stream the game to the Android device rather than download it there. The two main methods of streaming Team Fortress 2 to Android will be shown and explained to you in the next lines.

How to play Team Fortress 2 on Android

The first of these two methods is the one that the majority of users are likely to opt for as it allows you to play the game at any time and in any place so long as your Internet connection is fast and stable. On the other hand, the PC-streaming variant requires you to have a Windows PC and to keep that PC and the Android device connected to the same network in order to stream the game. Below, we will first show you how you can use two cloud gaming services (Boosteroid and GeForce Now) to play Team Fortress 2 on Android, and after that, we will explain the PC-streaming option.

How to play Team Fortress 2 with Cloud Gaming

To play Team Fortress 2 with a Cloud Gaming service like Boosteroid you will first need to purchase the game.

Next, redeem your game on Steam.

Now you will need to register on Boosteroid. This allows you to add Team Fortress 2 to their Cloud Gaming Library.

For an in-depth explanation of how to play Team Fortress 2 with cloud gaming continue with the text below.

Two cloud gaming variants have already been shown above, but if you don’t want to use them and have a Windows computer at your disposal, you can also stream the game to your Android phone or tablet from that computer. To be able to do that, you will need a fast and stable connection to the Internet, the game would need to already be installed on the Windows PC, and, during the time you are streaming Team Fortress 2, both the PC and the Android device would need to be linked to the same network. If those conditions are met in your case, here are three apps that you can utilize for streaming Team Fortress 2 to your Android device:

Now, on the PC, click the Gaming option that should have appeared at the bottom, then find Team Fortress 2 in the list of games, and select it to start streaming it to your Android device.

PlayStation 4 Pro. Do You Need The Upgrade?